skip to main | skip to sidebar

The task at hand will be to produce a system that is capable of performing TDT. In conventional TDT there are 5 tasks that are performed. The scope of this project will be to 3 of the 5 tasks. These are:

The aims of the project are:

At this point it is appropriate to talk about what results we are aiming for. That is starting to think about the evaluation mechanisms. In the domain of TDT the two metrics that we are most concerned with are:

In general these two quantities are related. That is having a high False Alarm probability results in having a lower missed detection. Thus the system that is developed is a trade off between missed detection and false alarm. Yang et.al. use a combination of the several in order to overcome this issue.

The technical aspects of this project deal with the development of a faster system to perform the tasks of TDT. The area of TDT has been dormant for 2 years since the last TDT conference. This project aims to use lesson learned from this time combined with the latest technology in shallow parsing and vector space models in order to develop a more reliable and robust system. The shallow parsing refers to quicker and more efficient algorithms in the areas of chunking and POS tagging [need citation]. The improved vector space models refer to models that not only include the words but also meta – data and represent these as sub vectors [need citation].

From here the next step is to combine the paper by Yang with the ideas from my project in a detailed description. This needs to be done ASAP for Rafael. Tomorrow’s meeting with Dan will concentrate on the 3rd aim, and trying to understand where my system will fit in to the larger project. This will be important in order to see what information I will need to extract and be able to display. I will also be meeting with the graphic designer soon to be able to develop the layout for the system in terms of Vision Bytes requirements. Again this will help with an understanding of the data that I will need to display and work with. 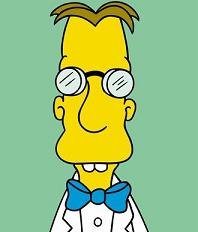